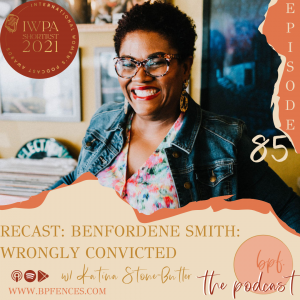 This is a recast of a previous episode where Katina tells the powerful story of her mother-in-law, Benfordene Smith’s story of being framed and wrongly convicted of murder and sentenced to life in prison without the possibility of parole in the state of Arkansas.
Katina Stone-Butler aka KBUncomplicated, is an accomplished singer/songwriter, creative, activist, podcaster, and entrepreneur. She is the founder of The Fountain, an organization committed to centering the voices of Black and other women of color via the intersection of culture, faith, and creativity. Though a Memphis, TN native, Katina is a long-time resident of Denton, TX, where she and her husband of over 23 years, Jamell, raised their three sons. She is also a part of the music community there and is an alum of the prestigious University of North Texas School of Music.
As a classically trained vocalist, Katina’s musical gifts have afforded her many opportunities to perform, record, do voice-over work, act, travel, as well as serve as a vocal coach and music clinician. She has performed for or with notables, including former NAACP Executive Director Benjamin Hooks, Grammy award-winning saxophonist and UNT professor Brad Leali, singer Joe Cocker (Get By With a Little Help From My Friends), Poet Laureate Maya Angelou, comedian Bernie Mac, actor Blair Underwood, Stax Records artist Rufus Thomas, jazz artist Randall Keith Horton, Pat Coil (former Music Director for CeCe Winans) and many more. Katina loves to serve in music ministry and has led worship at various gatherings, conferences, and services all over the country and internationally, as well as in the role of choir director and worship leader in her local churches over the past thirty years. She has been featured in multiple magazines, news, and media platforms such as ABC(WFAA), Business Insider, Voyage Magazine, Denton Record Chronicle, The Commercial Appeal (Memphis), and The Gospel Coalition.
Katina’s first major release is Black Requiem, a justice hymn and contribution to the declaration that Black lives matter. It features her son, Jamie, whose artist name is Miztick. The song progresses through four musically diverse movements, weaving genres and rhythms from Black American musical legacies to represent lament, rage, perseverance, and hope. In Katina’s words, “Black Requiem is a lament for our lives and a demand for our dignity.”
Show Notes:
Song information:
title: Black Requiem
artist: Katina Stone-Butler feat Miztick
purchase/streaming link: https://distrokid.com/…/kbun…/black-requiem-feat-miztick
Download on Spotify by clicking here: Black Requiem on Spotify
Social Media:
FB: facebook.com/Katinamusic
Twitter: twitter.com/katinadsb
instagram: www.instagram.com/katinamusic
Tiktok:www.tiktok.com/@kbuncomplicated?
website: www.thefountain.space
SUPPORT US ON PATREON! For only $5.99 per month, you can support us and get more episodes! Click here to join!
Click on our website to link to all social media platforms! Beyond Picket Fences website 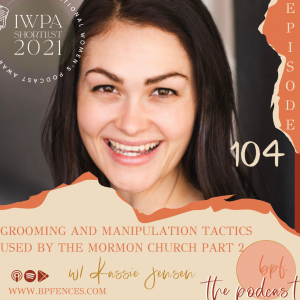