Episode 99: I Have Been Sober For A Year and I Love It, w/ Alysha Giliberti 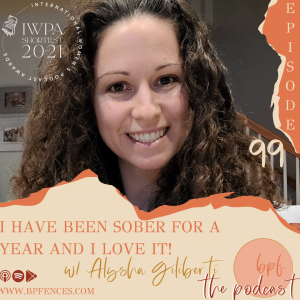 Our next guest, Alysha Giliberti, is a 33-year-old nurse, Army veteran, and mom. originally from California, Alysha didn’t graduate high school but instead got her GED and joined the Army at 18 years old. Since leaving California, she’s lived in 5 different states and two countries, and she currently resides in New Jersey.  Alysha loves dirt bikes, the beach, sunshine, traveling, puzzles, reading, spending time with her family… well, the point is she’s a normal person with (fairly) normal hobbies. Not everyone views jumping out of planes as a normal hobby, but she definitely does! One of Alysha’s long-time hobbies was drinking alcohol. She was the life of the party – at all times, and she generally had a good time (in the moment at least). However, she eventually found herself drinking alone into the late-night hours. And she didn’t exactly love it. It just became a habit. And ultimately it became a habit she would struggle to break. Eventually, Alysha chose to quit drinking, and has been sober for a little over a year now. She is still a nurse, still a mom and veteran and  still participates in fun activities. Now, she can actually enjoy the fun times because she can remember them!

EPISODE #88: A PREVIEW FOR THE SOBER CURIOUS, W/ MANDI & NAOMI

The Subtle Art of Not Giving a F*ck: A Counterintuitive Approach to Living a Good Life, by Mark Manson

Quit Like a Woman: The Radical Choice to Not Drink in a Culture Obsessed with Alcohol, by Holly Whitaker 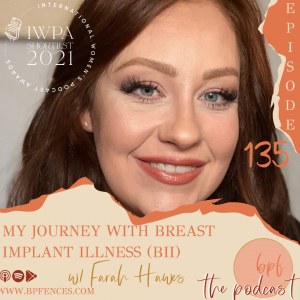