I despise the obsession with the British Monarchy and I have for as long as I can remember. I have no feelings toward them, positive or negative. I don’t know them. I’m sure some of them are nice people who perhaps have done some morally wonderful things. I do however have great disdain for the obsession with them in America.

I was sitting around, overanalyzing my thoughts as I do for a good 65% of my day. (Thankfully I have children or I’d be forever lost in my head.) I asked myself, “Self, why do you have such a hatred for the obsession with the monarchy?” What follows is the first conclusion I realized.

So why do I hold such contempt for the obsession of the royal family? It’s because people obsess and fantasize over what is essentially a caste system where “pure” (white) bloodlines are given prestige. Let’s take the most recent controversy with Meghan Markle and her being both American and of mixed race being an issue. I have personally had conversations with folks who admire the royal family and asked why the family is rejecting Meghan. The answer that seems to keep popping up is that she is of mixed race and is messing with their bloodlines, and she is American (but is that really an issue, or just an excuse?) It seems maybe there’s a deep-rooted desire for innate superiority, maybe not for everyone who’s obsessed, but certainly for many. A little background into my values and who I am as a person. One of the qualities I find least attractive in humans is the feeling of or actions that elude to a feeling of innate superiority. Sorry for the detour, back to the issue. So people understand that race is an issue with the royal family. White supremacists have a strong belief that races should not mix. It doesn’t take a philosopher or rocket scientist to see the connection here. If one idolizes a system that creates patterns of white supremacy and makes excuses for that behavior, even if only in their own head, it seems that even the most subtle or unconscious views a person has, shapes their views and actions toward the rest of the world. 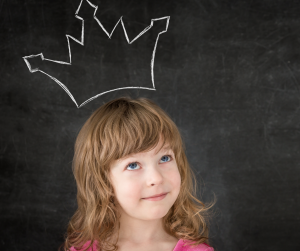 I think about how we start young with the monarchy obsession and Disney movies and how maybe creating that notion of it being a good thing is conditioning kids to continue systemic racism. Why does Disney continuously create princesses when one of the reasons our founding fathers left was because of that bullshit? Oh, I get it, most stories start with a princess or prince who tries to buck their privilege and lashes out or embarks on an adventure to try to lead the life of a “normal, everyday person.” Why can we not create more heroes out of normal everyday people? Why can’t we make fictional characters more like real life? It seems that would be a healthier way to approach producing a more empathetic, caring set of humans to carry out our society. To give a little credit to Disney, they have been making more movies without a monarchy in the plot. I wish they’d ditch the storyline altogether.

These are merely my thoughts and I hope that perhaps it makes someone think, perhaps may help a new parent start to analyze what they do or say around their children, or at the very least, I hope it brought some amusement to your day reading my crazy thoughts.